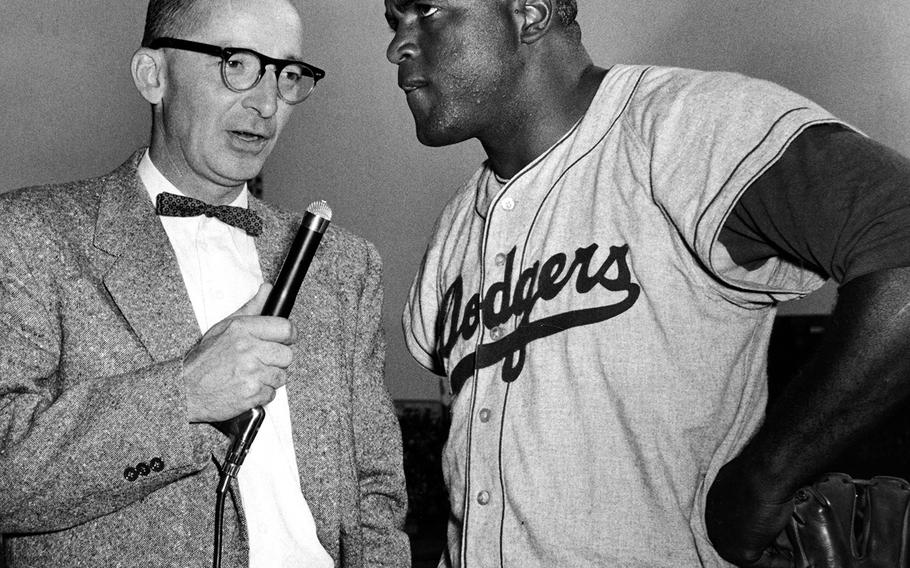 Lee Pearlman ©Stars and StripesTokyo, October, 1956: Baseball pioneer Jackie Robinson of the Brooklyn Dodgers is interviewed by Far East Network's Blair Hattersley during the National League champions' postseason tour of Japan and Okinawa. Although the Dodgers had lost two of their first three games, it was noted in a report on the visit that "on a goodwill tour, winning isn't everything."