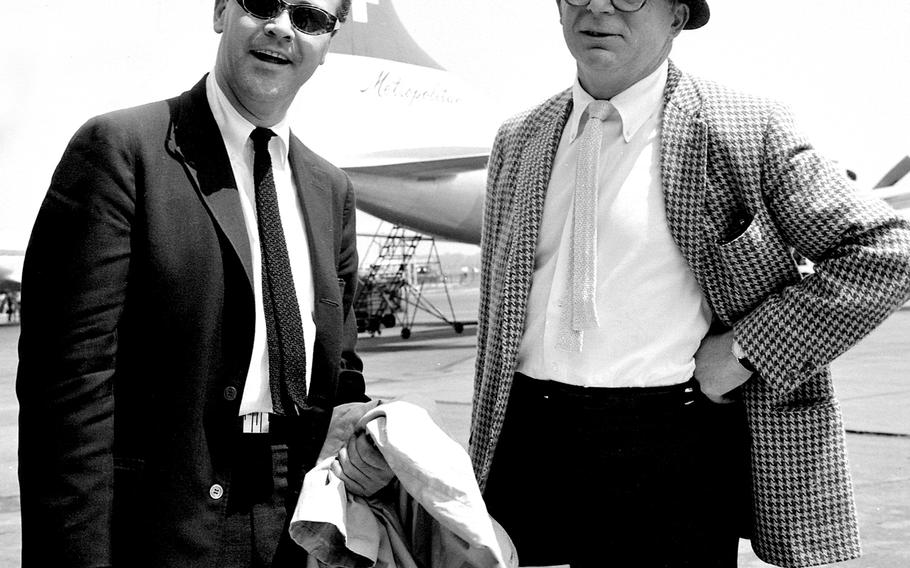 ©Stars and StripesFrankfurt, Germany, June, 1959: Actor Jack Lemmon, left, and director Billy Wilder arrive in Germany on a publicity tour for their latest film, "Some Like It Hot," which also stars Marilyn Monroe and Tony Curtis.