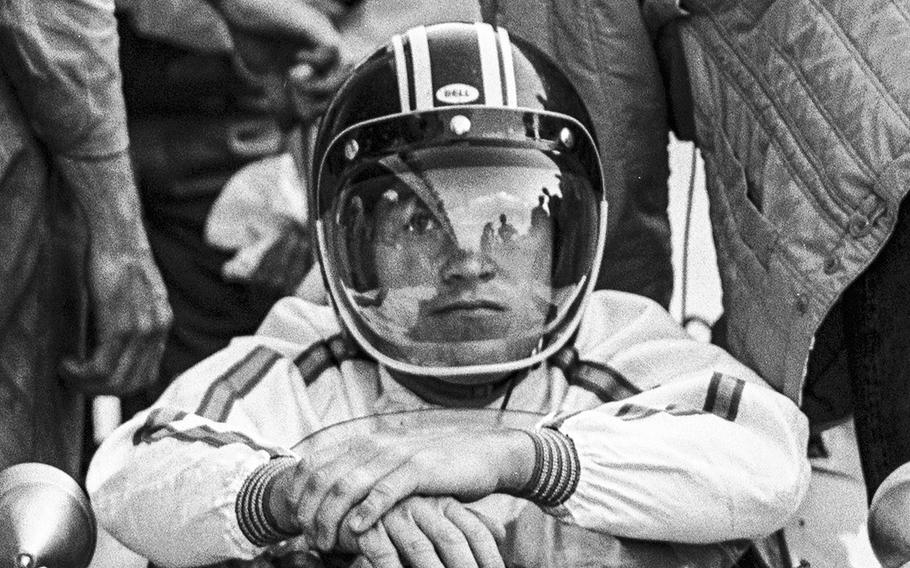 ©Stars and StripesMonza, Italy, September, 1965: American driver Ronnie Bucknum seems to be resigned to his fate as he waits for the pit crew to finish working on his engine during the Italian Grand Prix. An ignition problem after 27 laps forced Bucknum out of the race, which was won by Jackie Stewart.