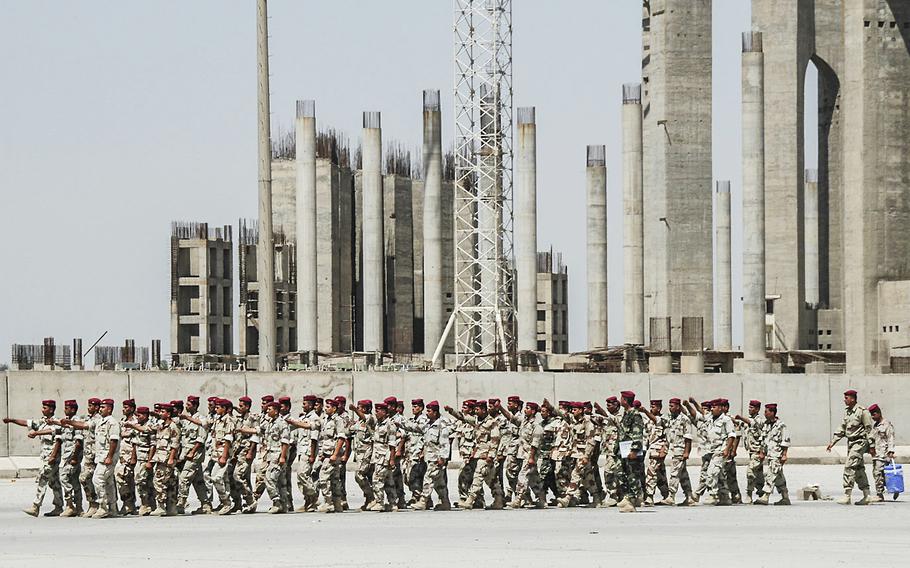 Teri Weaver/Stars and StripesIraq, June, 2005: Iraqi soldiers practice marching in front of an unfinished mosque at Camp Independence in Baghdad. Construction on the mosque started before the war began; it was meant to be the largest in the world, according to U.S. officers.