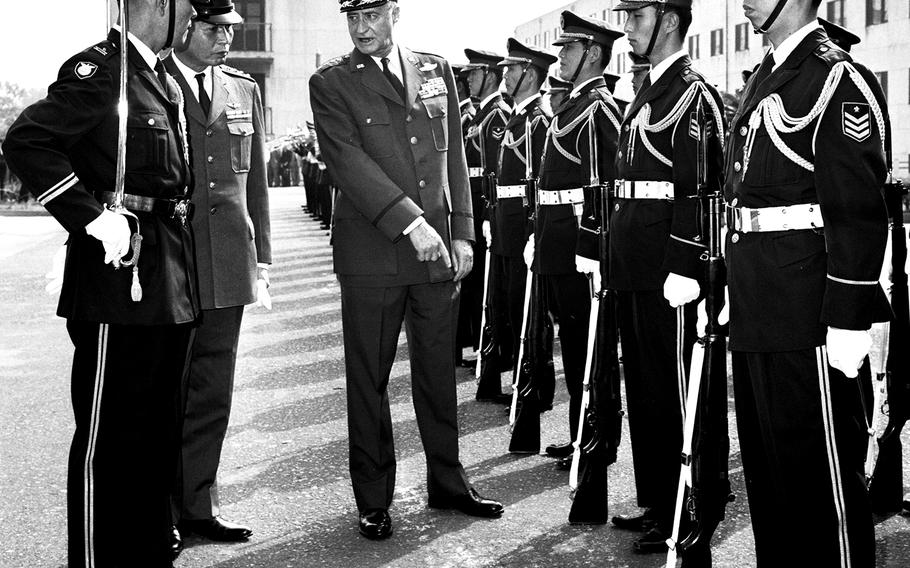 Hideyuki Mihashi ©Stars and StripesTokyo, October 11, 1966: Inspecting the troops upon his arrival at the Japan Defense Agency, Gen. John P. McConnell, U.S. Air Force chief of staff, appears to have found something out of order in the Japan Air Self-Defense Force honor guard. At left are Maj. Masaichiro Otani, the honor guard commander, and Gen. Hirokuni Muta, JASDF chief of staff. An Air Force biography says that McConnell, who succeeded the legendary Gen. Curtis LeMay in 1965, "worked most of (his time as chief of staff) with a demanding defense secretary (Robert S. McNamara); a colorful and forceful president, Lyndon B. Johnson; and an always-questioning Congress."