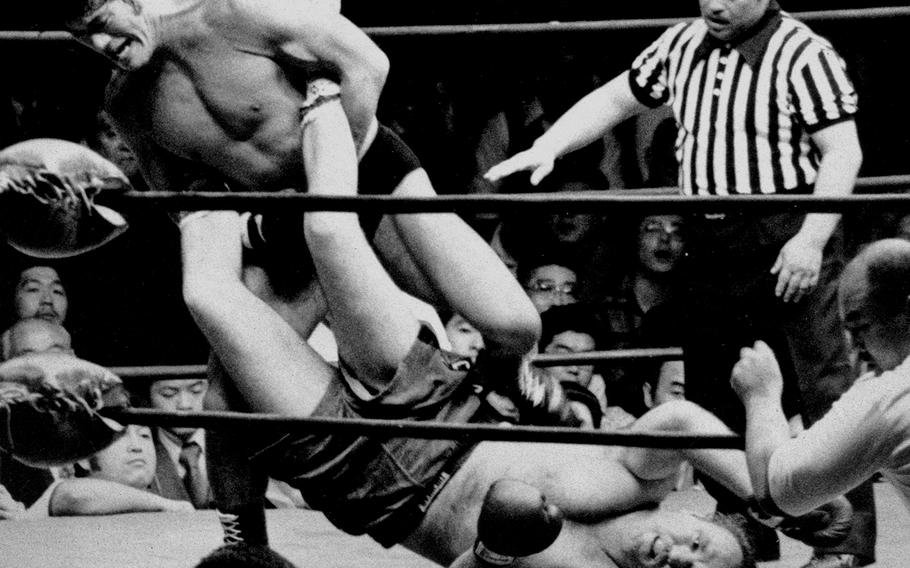 William Franqui ©Stars and StripesTokyo, October, 1977: Japanese wrestler Antonio Inoki prepares to put the finishing touches on American boxer Chuck Wepner in the main event of the 1977 Martial Arts Second Championship at the Budokan Hall. "Inoki is fast and good," Wepner said after his loss in this early version of mixed martial arts. "For a wrestler, he throws a mean punch."