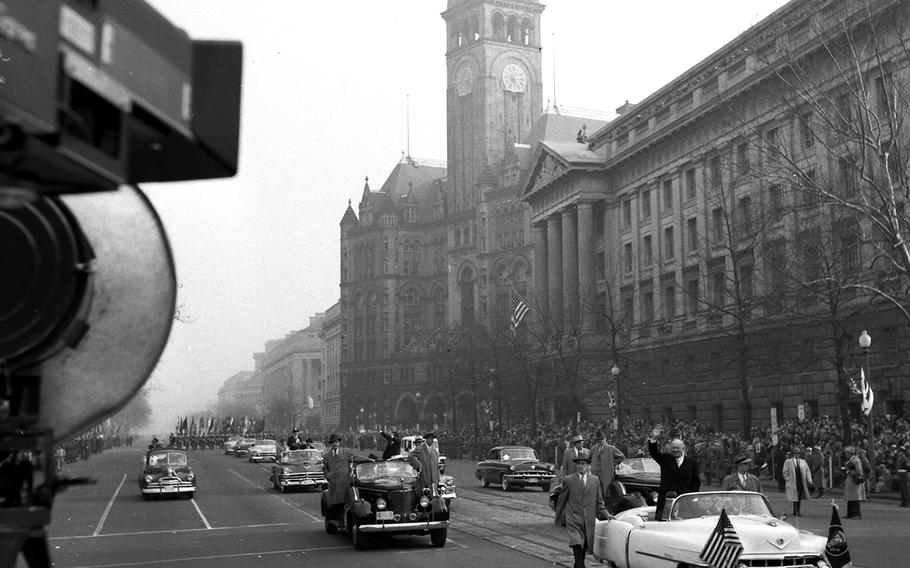 Red Grandy ©Stars and StripesWashington, D.C., January, 1953: Lacking credentials to cover President Dwight D. Eisenhower's inauguration, resourceful Stars and Stripes photographer Red Grandy resorted to talking his way into some prime locations. Here is his view from a camera truck as Eisenhower's car passes the Old Post Office (now the Trump International Hotel). Grandy also got into the swearing-in ceremony and the inaugural ball, and watched the finish of the parade while standing with famed radio and newspaper personality Walter Winchell.

RELATED MATERIAL: A 2012 interview with Red Grandy about the 1953 inauguration.