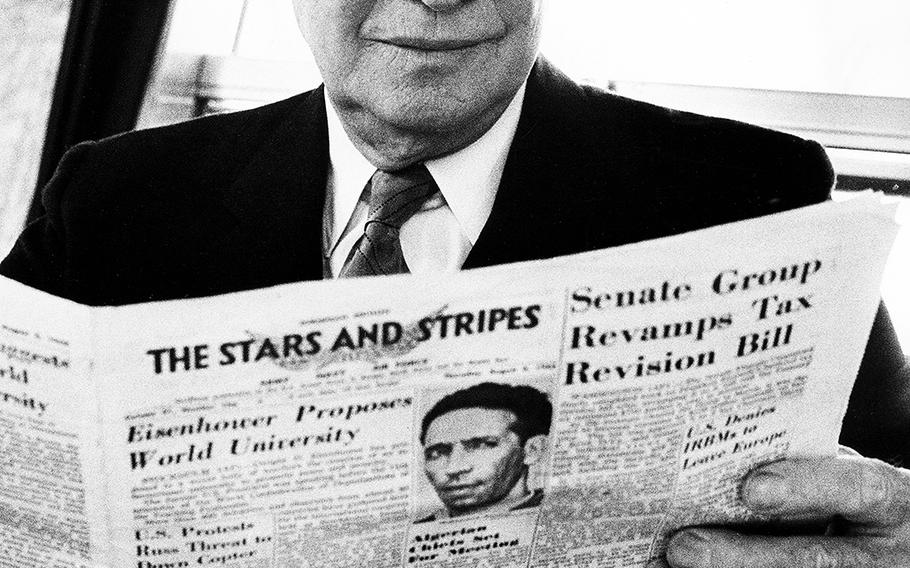 Red Grandy ©Stars and StripesWest Germany, August, 1962: Vacationing former President Dwight D. Eisenhower catches up on the news during a train ride through the Ruhr Valley to Cologne. "Ike" and his wife, Mamie, were greeted by throngs of cheering people in the country whose World War II defeat had been engineered in great part by then-General Eisenhower. When they arrived in Cologne, they were greeted by West German Chancellor Konrad Adenauer.