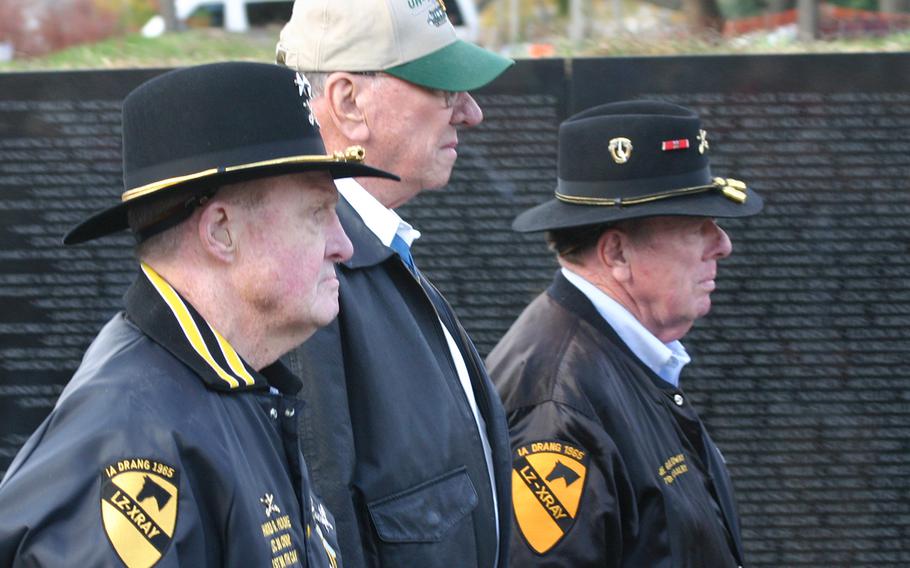 Joe Gromelski ©Stars and StripesWashington, D.C., November, 2005: Three men who played key roles in the 1965 battle of the Ia Drang Valley in Vietnam march past the Vietnam Veterans Memorial during the annual Veterans Day ceremony. From left to right are retired Lt. Gen. Hal Moore, Medal of Honor recipient Ed Freeman and journalist Joe Galloway. Moore and Galloway were the authors of "We Were Soldiers Once — And Young," a chronicle of the battle that was later made into a movie starring Mel Gibson as Moore. Freeman was a helicopter pilot who earned the nation's highest military award for braving heavy fire to bring in supplies and evacuate wounded troops numerous times. Moore was awarded the Distinguished Service Cross and Galloway, although a civilian, earned a Bronze Star.