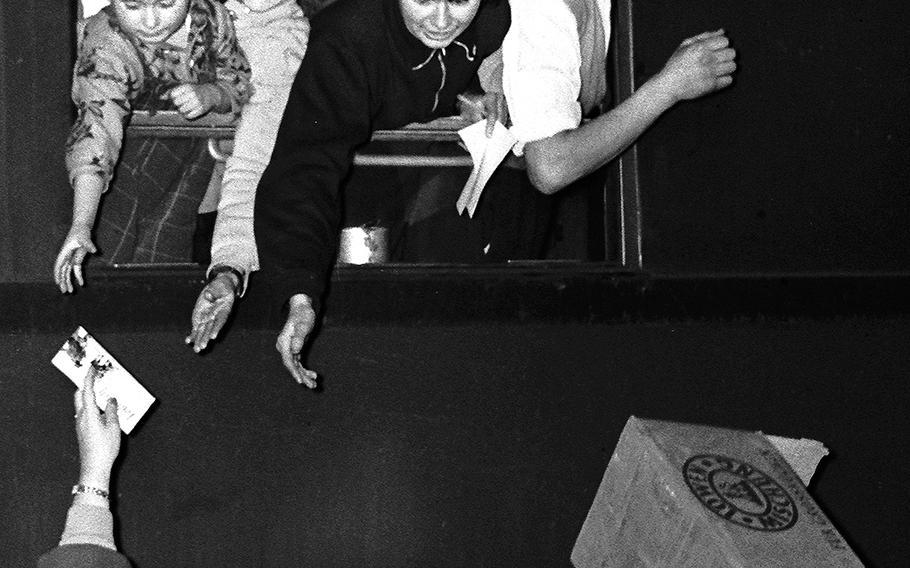 Merle Hunter ©Stars and StripesDarmstadt, West Germany, November, 1956: Americans and Germans pass out food, clothing and gifts to Hungarian refugees whose train paused at a Darmstadt railway station as it brought them to new homes in the West. Tens of thousands of Hungarians fled their country in the wake of the brutal Soviet response to an uprising that began October 23.