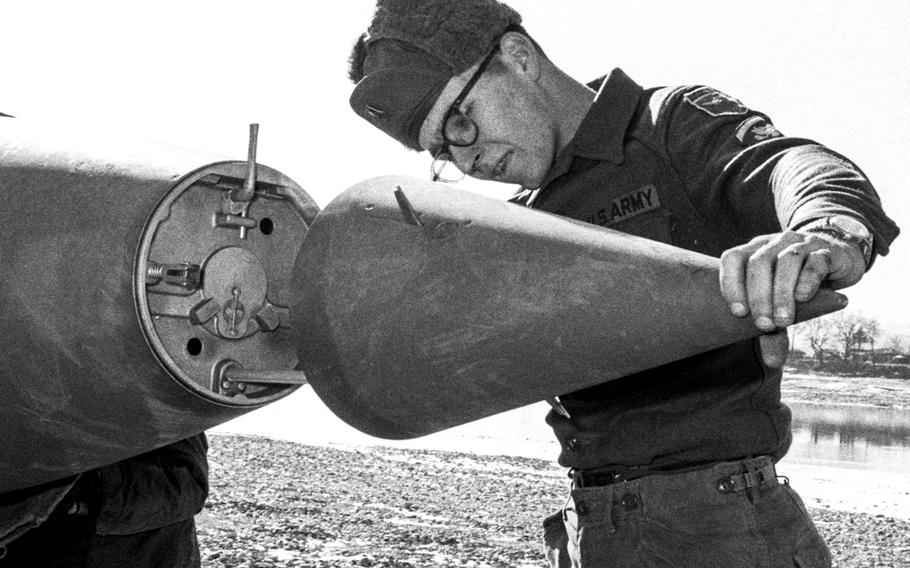 Chung Tae Won ©Stars and StripesSouth Korea, January, 1969: Spc. 5 Levi A. Bragdon, a senior assembly specialist, prepares the nose cone of an Honest John missile for launch during the testing of a portable computer system that enabled crews to send one of the weapons aloft in five minutes, instead of the half-hour needed for human calculations. Four Honest Johns were launched, bringing the number tested on the peninsula by the 1st Battalion, 42nd Artillery, to 127. Three of the four scored direct hits.

RELATED MATERIAL: A 1969 Stars and Stripes story about the missile tests.