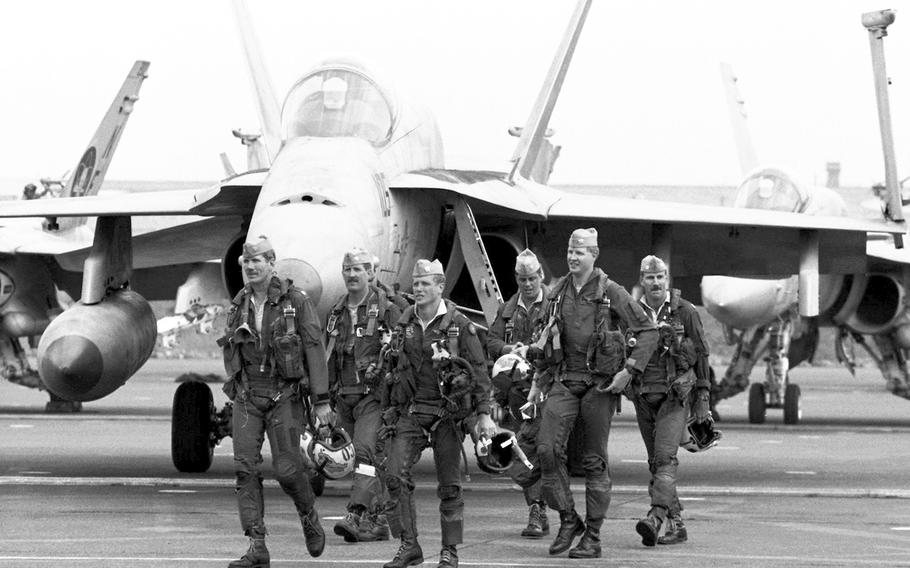 ©Stars and StripesAtsugi Naval Air Facility, Japan, April, 1991: Pilots from the USS Midway's carrier air wing return to Atsugi from the Persian Gulf. Even after six months and 3,400 combat missions in the Gulf War, all 100-plus pilots from the wing came home safely.