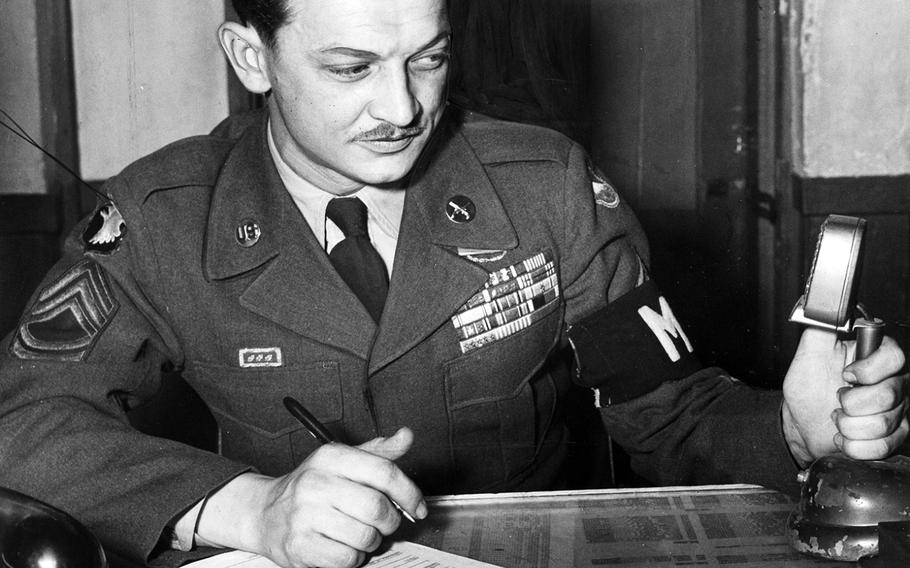 ©Stars and StripesCamp Drake, Japan, March, 1953: Sgt. 1st Class Charles Ashton works at Camp Drake's MP detachment, biding his time as he waits on his request to be sent back for a third tour in the Korean war zone. To date, Ashton — who also served in World War II — had already been awarded the Distinguished Service Cross, the Silver Star with three Oak Leaf Clusters, the Soldier's Medal, the Bronze Star with four clusters, and the Purple Heart with eight clusters.