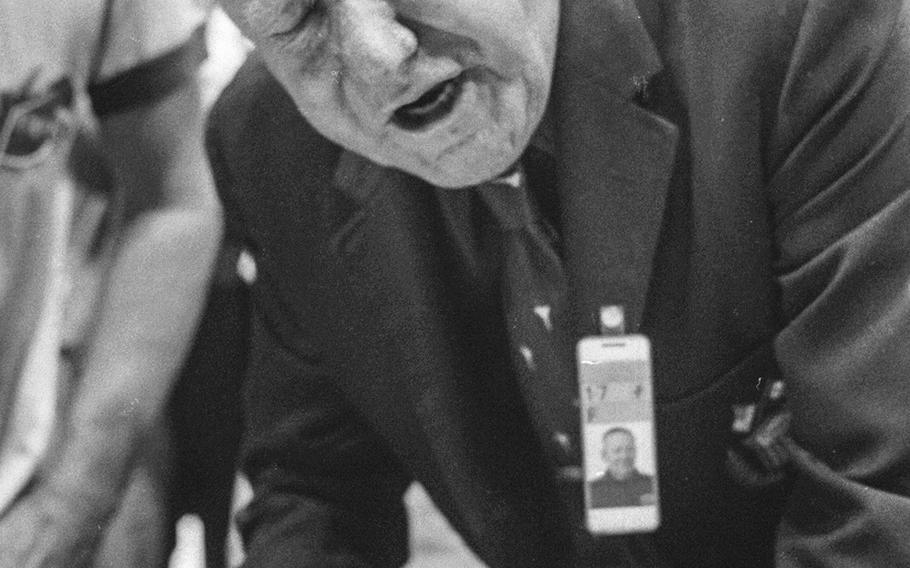 Red Grandy ©Stars and StripesMunich, West Germany, September, 1972: U.S. basketball coach Hank Iba argues his case at the scorer's table after confusion among the game officials turned an apparent U.S. victory into a loss to the Soviet Union in the gold medal contest at the Olympics. The U.S. had taken a 50-49 lead on two free throws by Doug Collins near the end of regulation time, but in a chaotic finish the officials put three seconds back on the clock and the Russians scored the winning basket off a full-court pass to hand the Americans their first loss ever in Olympic play. All appeals failed, and the U.S. team declined to accept the silver medals.

RELATED MATERIAL: Stars and Stripes' 1972 story about the game.