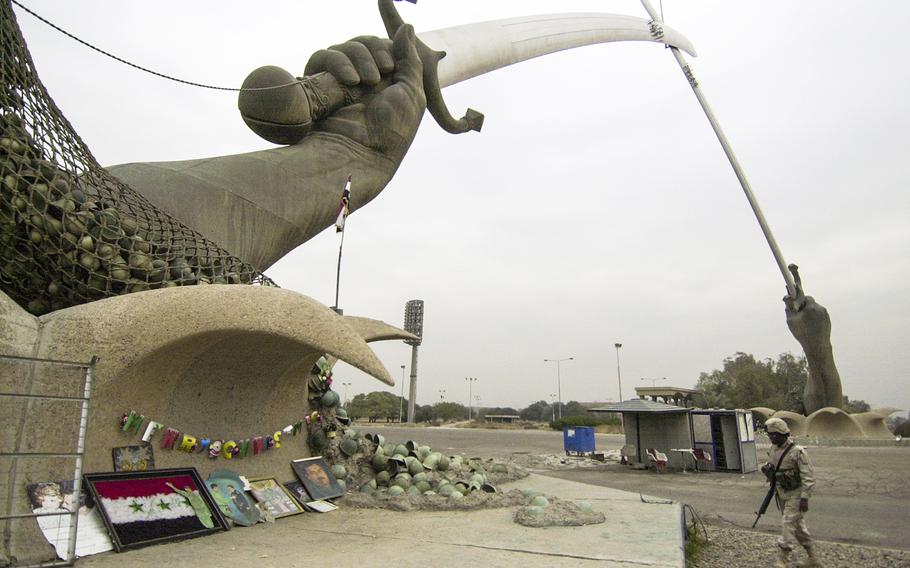 Joseph Giordono ©Stars and StripesBaghdad, 2004: A servicemember walks past the so-called "Hands of Victory" monument in downtown Baghdad. The monument commemorating the Iran-Iraq war was completed in 1989; the architect used photographs and plaster casts of Saddam Hussein's forearms as models for the arms that hold the two 141-foot swords.