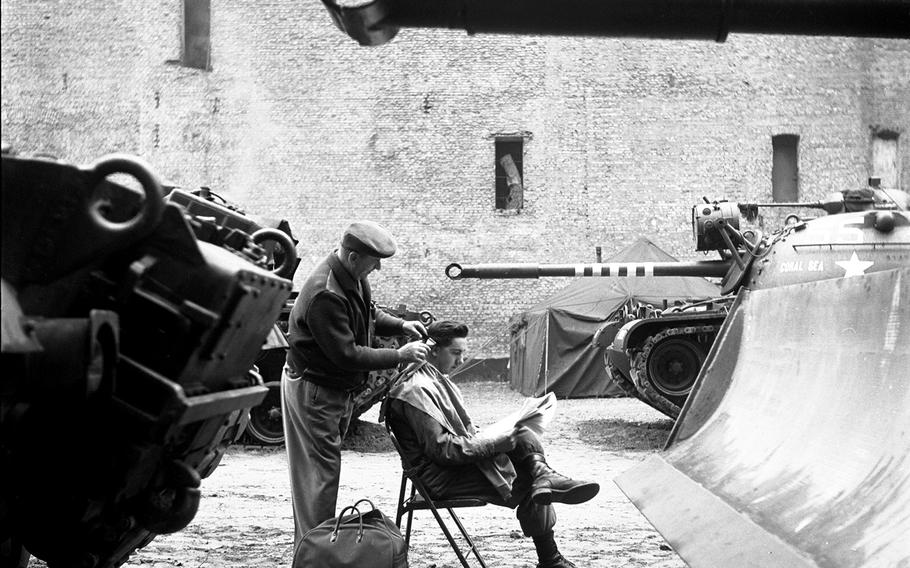 Gus Schuettler ©Stars and StripesBerlin, November, 1961: An American soldier gets a haircut in the Friedrichstrasse bivouac area of Berlin Command's Company F, 40th Armor. The tanks provided a bit of reassurance for local residents worried about the Soviet threat since the construction of the Berlin Wall in August; a few days earlier, the atmosphere had been much less relaxed as U.S. and Soviet faced off in the divided city.