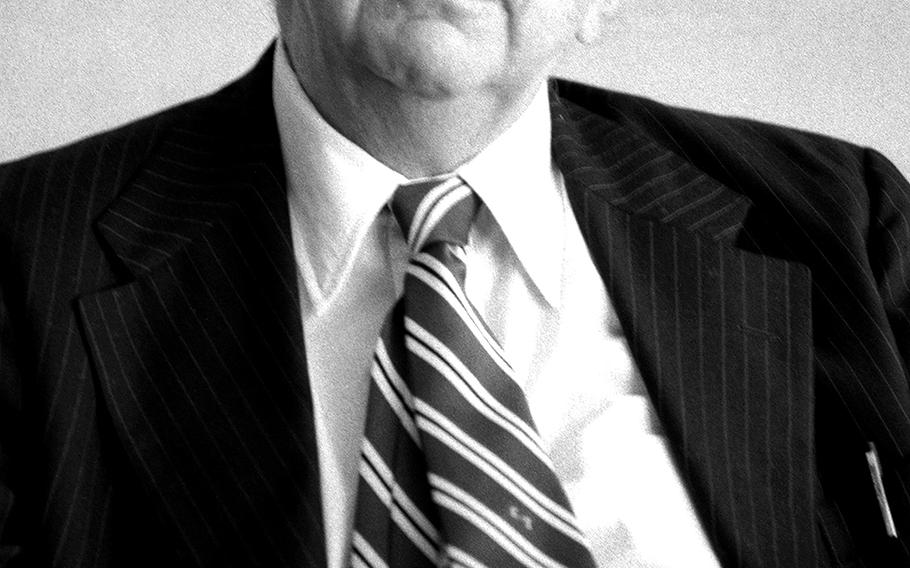 Gus Schuettler ©Stars and StripesWiesbaden, West Germany, June, 1980: Nuclear physicist Dr. Edward Teller, one of the primary developers of the hydrogen bomb, pauses in thought during an interview. Teller, in Wiesbaden to give a commencement address at Troy State University, said he believed "the Russians are ahead of us quantitatively as well as qualitatively" in nuclear weaponry.