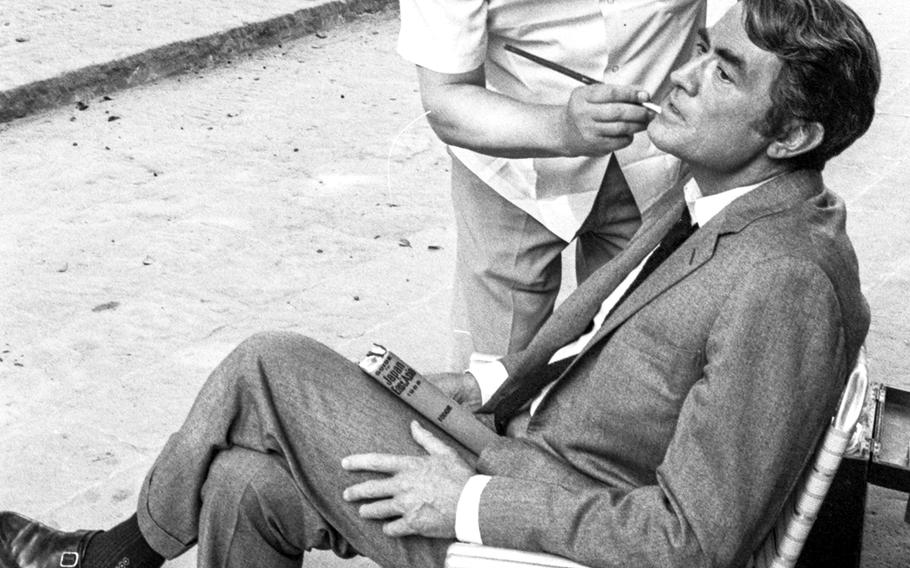 Andrew Headland Jr. ©Stars and StripesTaipei, Taiwan, December, 1968: A make-up man puts the finishing touches on actor Gregory Peck before the filming of a scene from "The Chairman" at Yuan Tung Shih Temple. In the film, which fared poorly at the box office, Peck portrays an American scientist on a mission in Communist China.