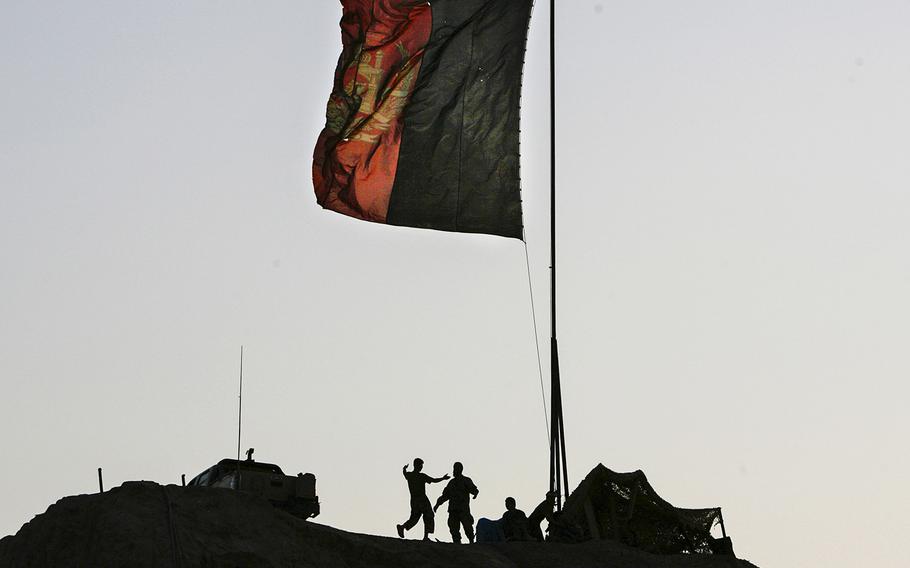 Laura Rauch ©Stars and StripesAfghanistan, September, 2012: Afghan National Army soldiers greet each other at the summit of Combat Outpost Ghundy Ghar in Kandahar province. Recent orders for U.S. troops to distance themselves from their Afghan counterparts because of increased insider attacks were greeted with sadness by the Americans. "Despite the recent order to suspend some joint patrols and other partnered operations, and a flood of media reporting on the lack of trust resulting from insider attacks, these soldiers say partnering can and does work," a Stars and Stripes story noted. "In fact, they believe that pulling the Afghans closer can actually reduce the frequency of inside-the-wire attacks."