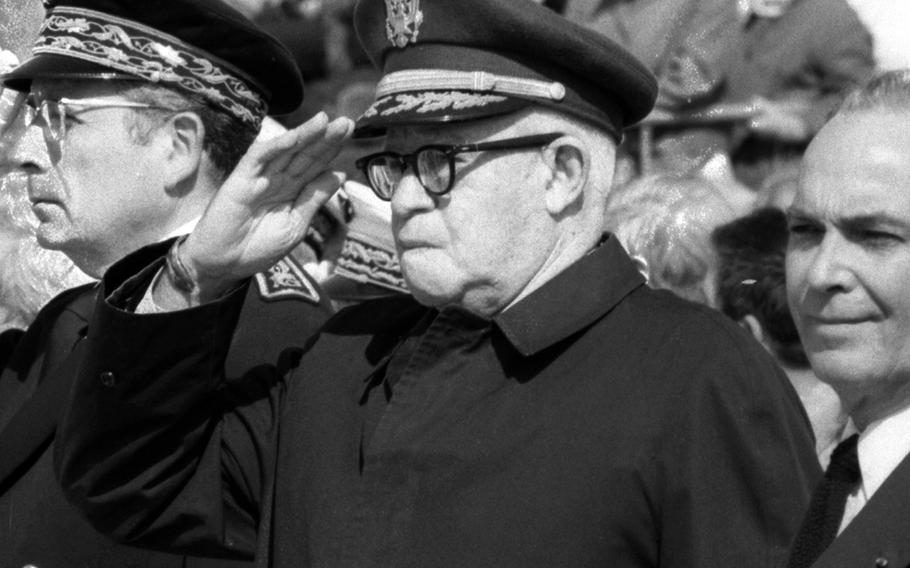 Bill Walker ©Stars and StripesNormandy, June, 1974: Omar N. Bradley, known as "The Soldier's General," salutes during a ceremony marking the 30th anniversary of the D-Day invasion, during which he had commanded the First Army. Bradley was America's last surviving General of the Army (five-star general), having attained that rank while serving as the first chairman of the Joint Chiefs of Staff in 1950.