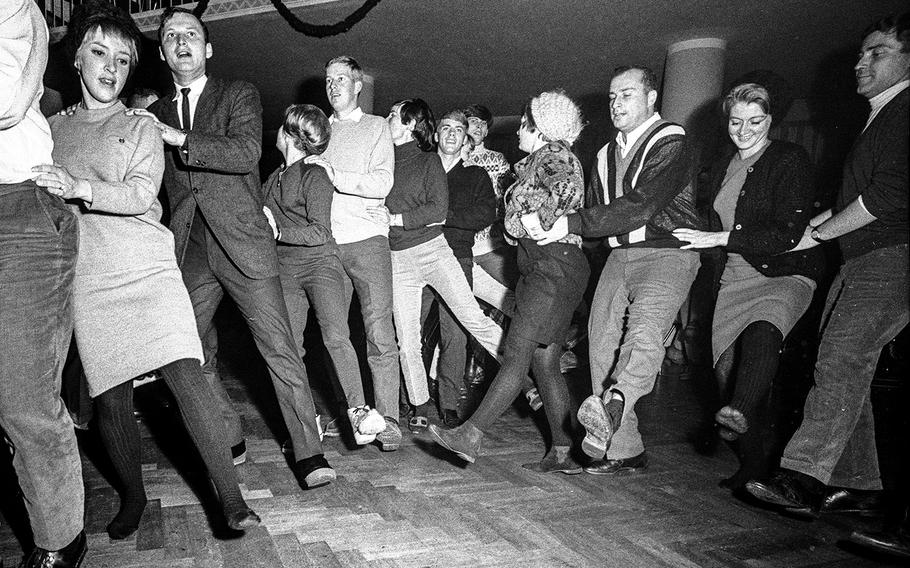 Red Grandy ©Stars and StripesGarmisch, West Germany, December, 1965: Patrons of the International Grill and Discotheque at the U.S. military's Garmisch Recreation Area dance away a cold December night. In addition to this conga line, other dances that could be seen at the club included the limbo, the frug, the swim, the monkey and the bunny hop.