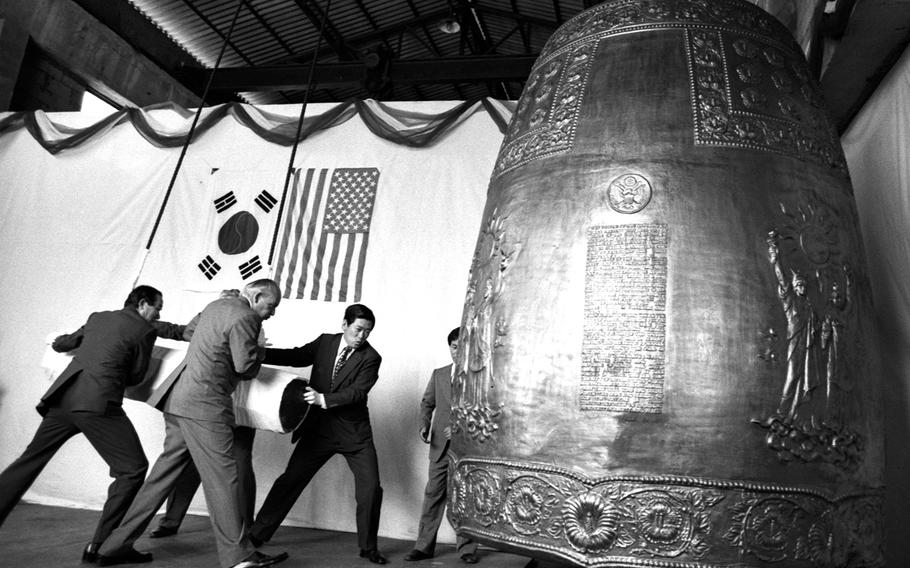 Tae Won Chung ©Stars and StripesSeoul, South Korea, June, 1976: Using a large battering ram, South Korean and American officials team up to ring what was billed as the world's largest bell in celebration of the U.S. Bicentennial. The "Friendship Bell," which was to be put on display in Los Angeles later in the summer, weighed over 17 tons, was eight inches thick and measured 12 feet high by 7½ feet in diameter. The men doing the ringing were U.S. Ambassador Richard L. Sneider; Korean-American Friendship Association president Tae Won Son; South Korean culture preservation bureau chief Kim Suk Young; and Minister of of Culture and Public Information Kim Seoung Jin.