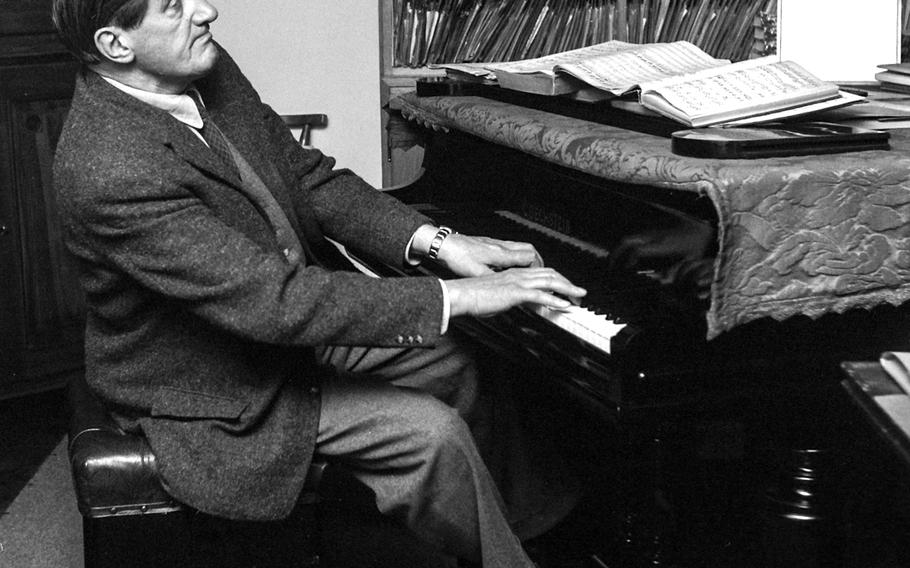 Lloyd Borguss ©Stars and StripesMunich, Germany, November, 1957: Ernst Franz Sedgwick "Putzi" Hanfstaengl plays the piano at his home, just as he did years earlier for frequent house guest Adolf Hitler. The Harvard-educated Hanfstaengl became a member of the fuehrer's inner circle, and served as the Nazis' foreign press chief before running afoul of elements of the leadership and fleeing Germany in 1937.