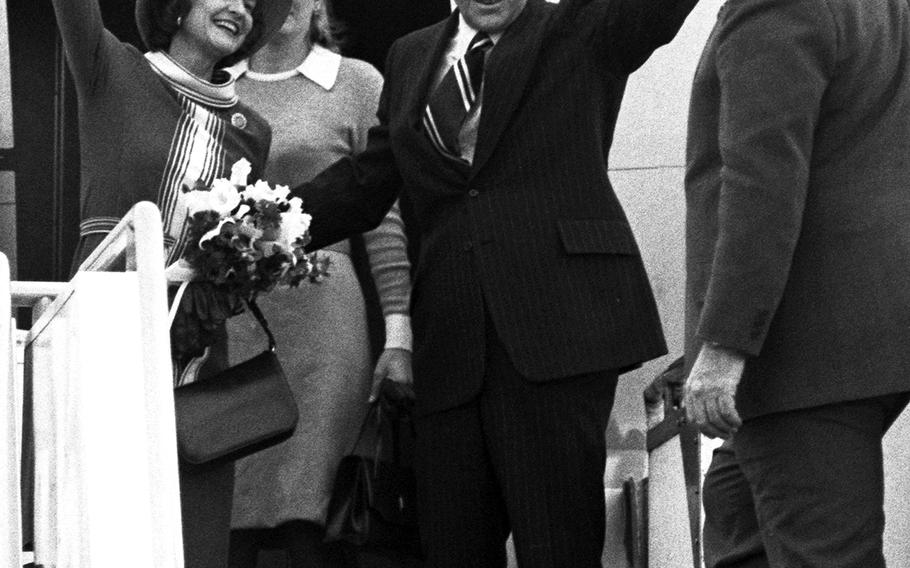 Bob Wickley ©Stars and StripesTokyo, December, 1975: President Gerald Ford and his wife, Betty, wave as they board Air Force One at Haneda Airport to continue on their trip to China. Climbing the steps is Secretary of State Henry Kissinger; in the background is the Fords' daughter, Susan. During the short break in the flight from Alaska to the Chinese capital that was then known to Americans as Peking, Ford met with Japanese Foreign Minister Kiichi Miyazawa.