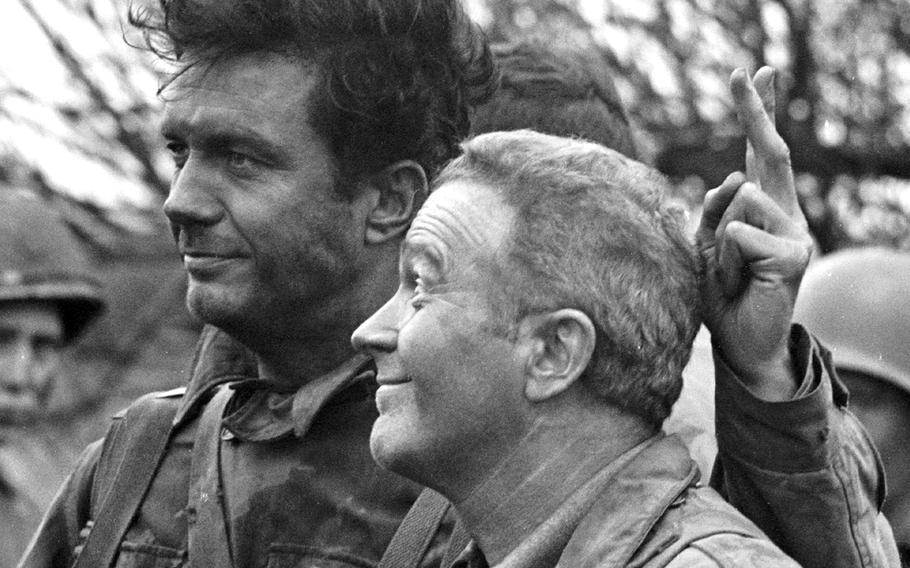 Bob Milnes ©Stars and StripesCherbourg, France, November, 1964: Cliff Robertson makes "rabbit ears" behind the head of Red Buttons as the two actors take a break during the filming of "Up from the Beach," a movie about the days that followed the D-Day landings in Normandy in June, 1944.

RELATED MATERIAL: Read three Stars and Stripes stories from the set of "Up from the Beach" Stop the war — he picked the wrong helmet Red Buttons: In uniform for another movie role Marius Goring: A German only in the movies