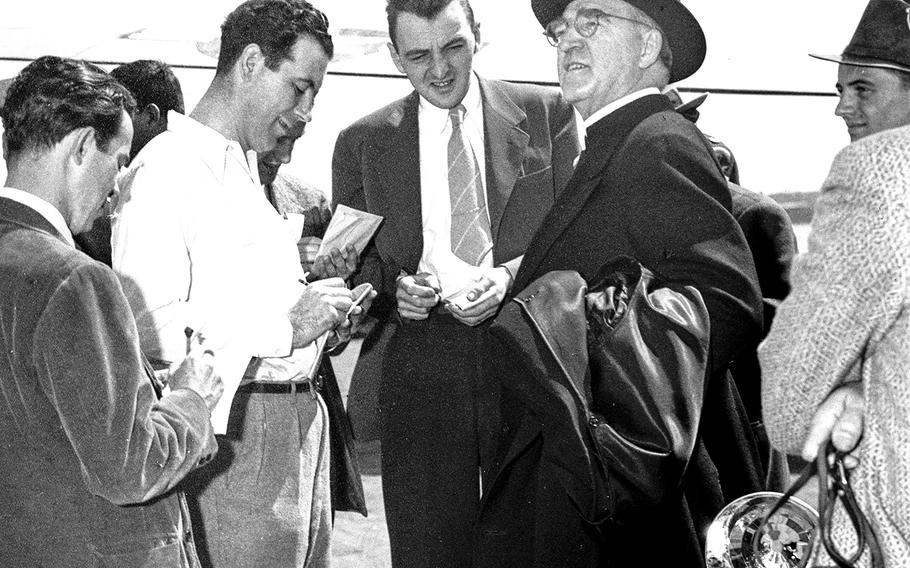 Gerald Waller ©Stars and StripesFrankfurt, Germany, May 10, 1948: Father Edward J. Flanagan, founder of the famous Boys Town children's home in Nebraska, talks with reporters after his arrival at Rhein-Main Air Base. Flanagan had just completed a month-long study of youth conditions in Austria, and was due to spend two weeks in Germany's U.S. zone on a similar project, but he suffered a fatal heart attack in Berlin five days after this photo was taken. A few days after his burial, President Harry S Truman went to Nebraska to place a wreath at his grave.