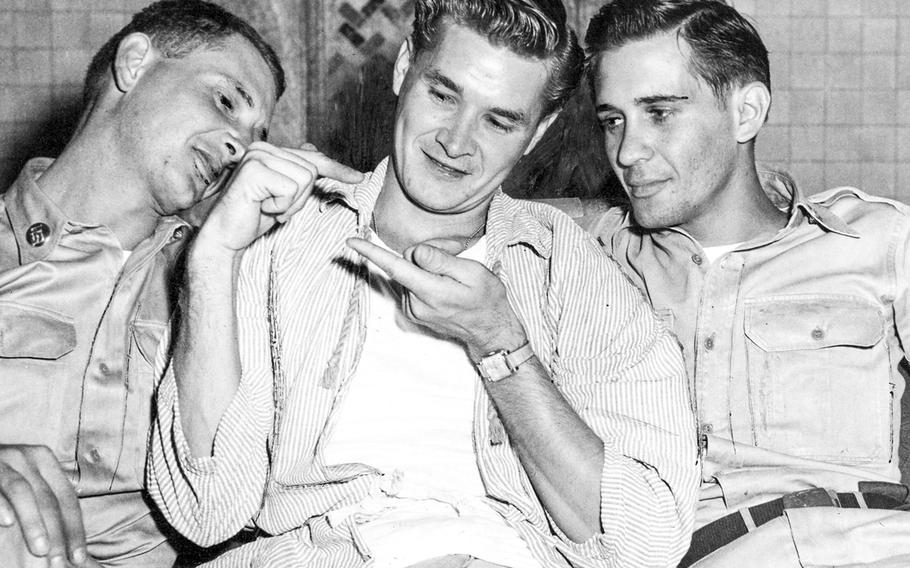 Carl Meyering ©Stars and StripesTokyo, September, 1953: During a reunion of three brothers from Texas at the 8167th Army Hospital, Sgt. Ransdell P. LeBlanc, 23, shows Pvt. Ames J. LeBlanc and Airman 2nd Class Wilton K. LeBlanc how much height he thinks he lost during his three-year ordeal in a Communist prison. Sgt. LeBlanc was captured by the North Koreans July 14, 1950, when his artillery unit was surrounded; he was released on August 26, 1953. He said he stood 6'0" and weighed 180 pounds when captured, and was 5'11", 150 when freed.