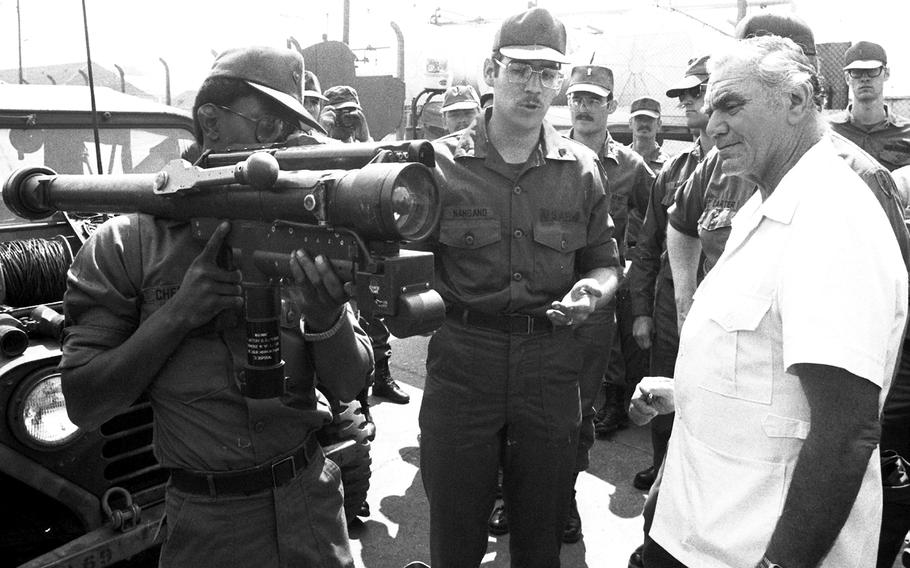 Dave Didio ©Stars and StripesMainz, West Germany, June, 1979: Academy Award-winning actor (and World War II Navy veteran) Ernest Borgnine learns about the Redeye missile launcher from Spec. 4 Eddie Chew, left, and Cpl. James Nangano of the 4th Battalion, 69th Armor. Borgnine was filming a remake of "All's Quiet on the Western Front" in Czechoslovakia, and while taking a break in Wiesbaden, West Germany, he accepted a sergeant's invitation to stop by the base at Mainz.

RELATED MATERIAL: Stars and Stripes' story about Ernest Borgnine's 1979 visit with the troops in Germany.