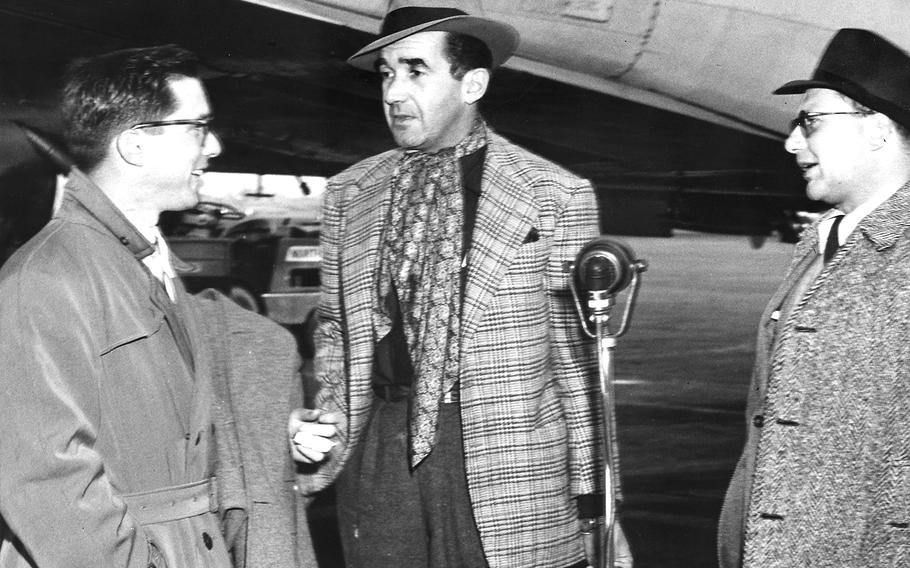 Carl Meyering ©Stars and StripesTokyo, December, 1952: CBS commentator Edward R. Murrow, center, and Washington bureau chief Bill Downs, right, are welcomed to Tokyo by Japan-Korea bureau manager George Herman. Murrow and a group of 12 reporters, technicians and cameramen were on their way to Korea, where they were to film a ''Christmas with the Troops'' edition of his ''See It Now'' program. Murrow gained fame during World War II with his live radio broadcasts from London during German bombing raids.