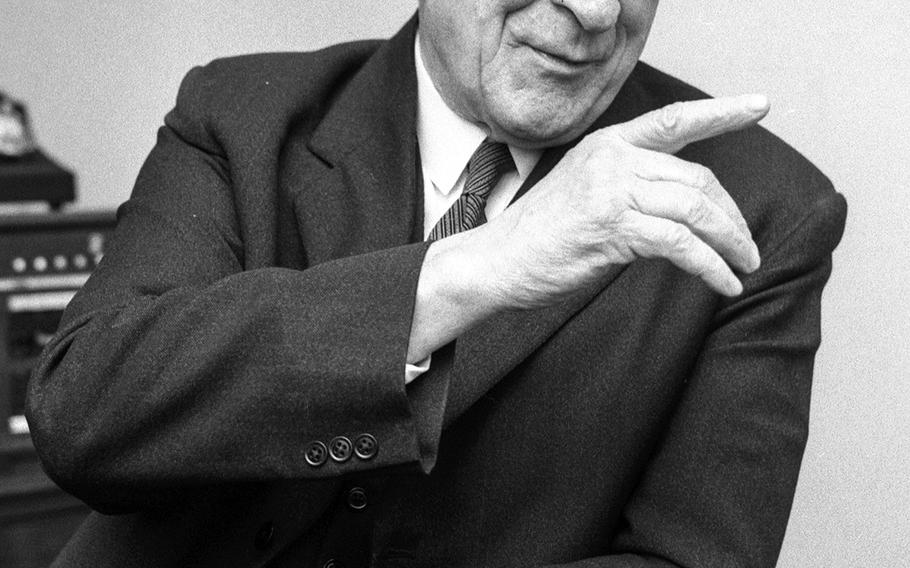 Lloyd Borguss ©Stars and StripesDublin, Ireland, July, 1958: Eamon de Valera, Taoiseach (prime minister) of Ireland, talks to a reporter in his office. The New York-born de Valera was a leader of the Irish independence movement; he was prime minister three times, and served as president of Ireland from 1959 to 1973.