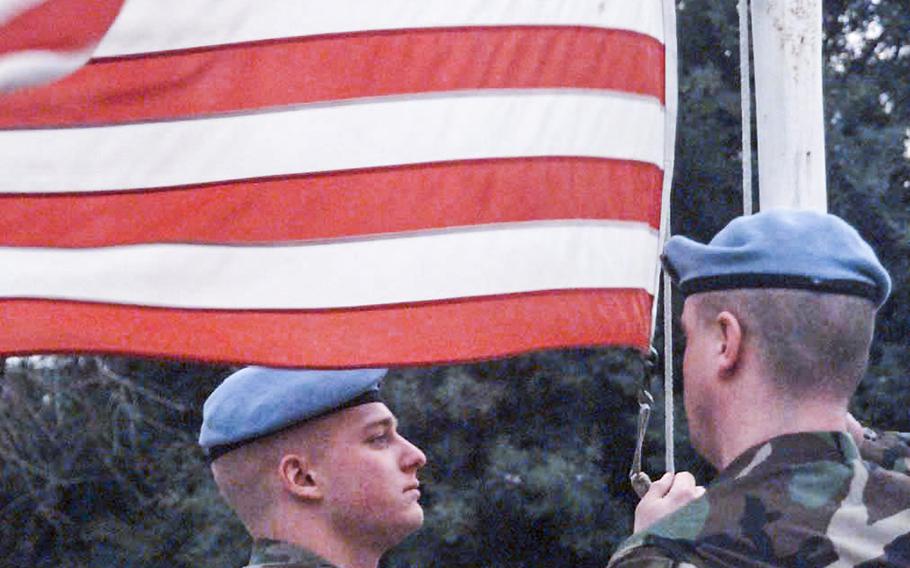 Vince Crawley ©Stars and StripesMacedonia, March, 1998: U.S. troops lower the flag at dusk at Camp Able Sentry, near Skopje, Macedonia. U.N. officials called the American presence a key to peace in the unstable country. The Americans had planned to pull out in August, but recent unrest in nearby Kosovo had U.S. policy makers calling for an extension of the mission.

RELATED MATERIAL: A 1998 Stars and Stripes story about the Macedonia mission.