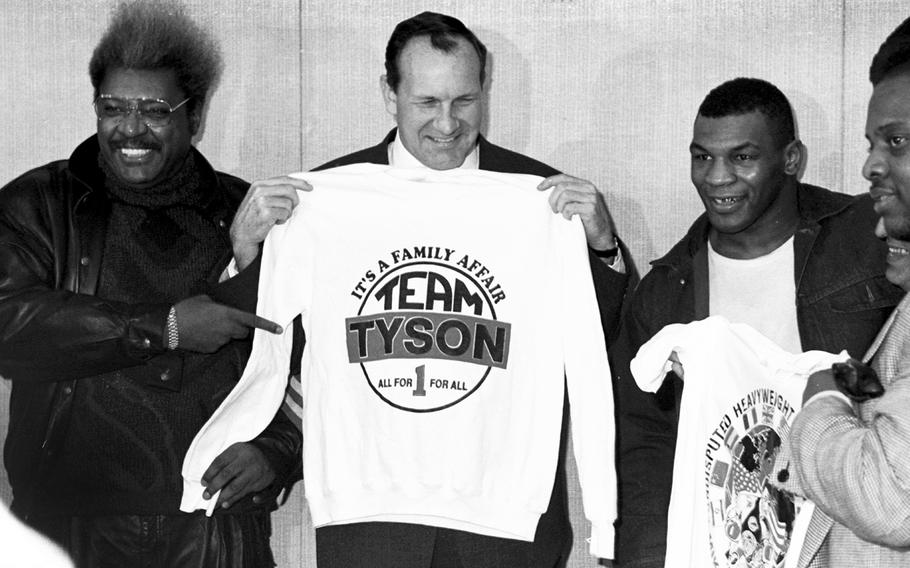 ©Stars and StripesTokyo, February, 1990: U.S. Ambassador to Japan Michael Armacost displays a shirt presented to him by boxing promoter Don King, left, and heavyweight champion Mike Tyson at the American Embassy. A few days later, Tyson's reign came to an end at the hands of James "Buster" Douglas, whose 10th-round knockout at the Tokyo Dome is regarded as one of the biggest upsets in boxing history.