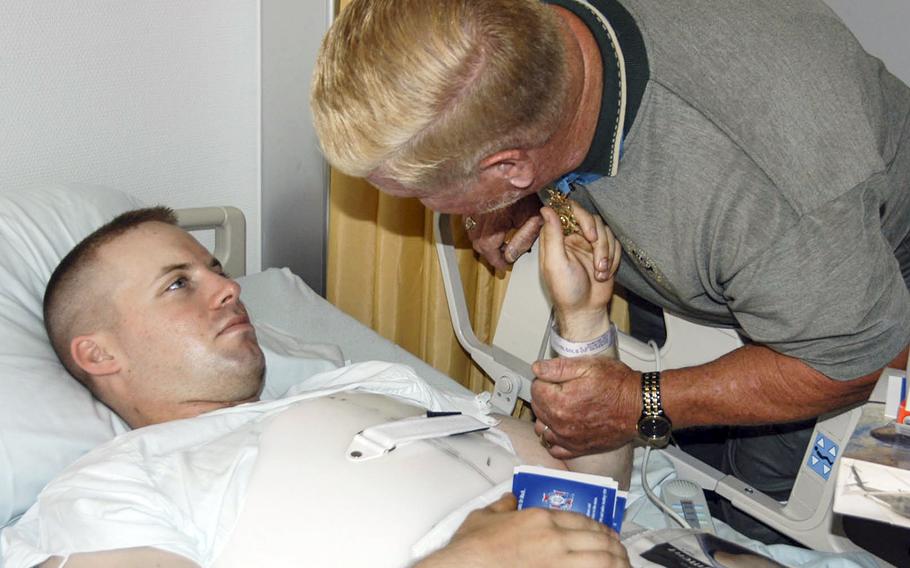 Marni McEntee ©Stars and StripesLandstuhl, Germany, June, 2004: Army 1st Lt. Dwight Mears, who was injured two days earlier when his Black Hawk helicopter crashed in Iraq, touches the Medal of Honor worn by Sammy Davis, one of three recipients of the nation's highest military honor who were visiting wounded servicemembers at Landstuhl Regional Medical Center. "This medal honors everyone in uniform," said Davis. "I’m only the caretaker."

RELATED MATERIAL: Stars and Stripes' 2004 story about the MOH recipients' visit to Landstuhl.