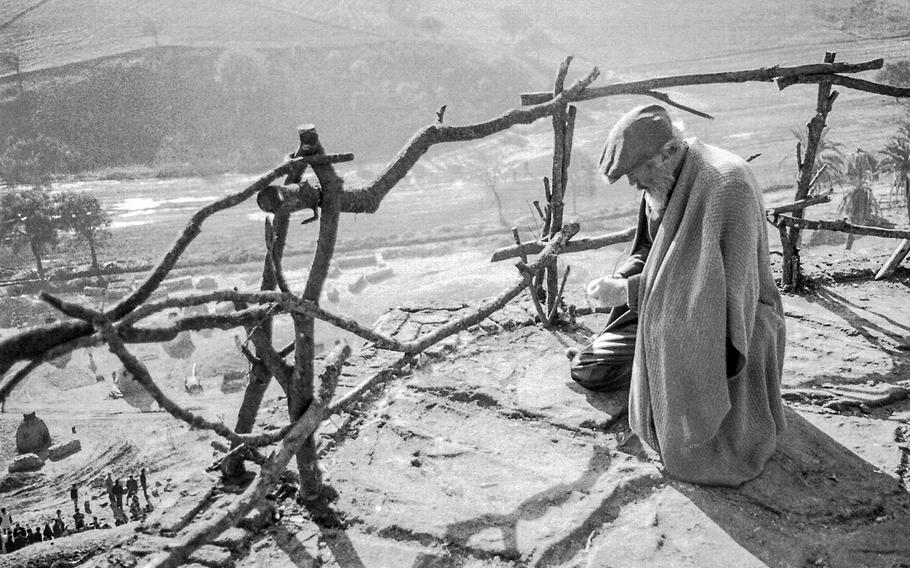 Gus Schuettler ©Stars and StripesRome, Italy, December, 1964: Director John Huston cleans his glasses as he sits on his perch high above the set of his epic film, "The Bible: In the Beginning," at the Dino de Laurentiis studio. The production featured hundreds of extras, a 170-foot-tall Tower of Babel and a 150-foot-long Noah's Ark, but the dominant figure on the set was Huston, winner of Academy awards for both writing and direction of "The Treasure of the Sierra Madre." His other credits include "The Maltese Falcon," "Asphalt Jungle," "The African Queen," "Red Badge of Courage" and "Prizzi's Honor."

RELATED MATERIAL: Stars and Stripes' 1965 story about John Huston and the filming of "The Bible."