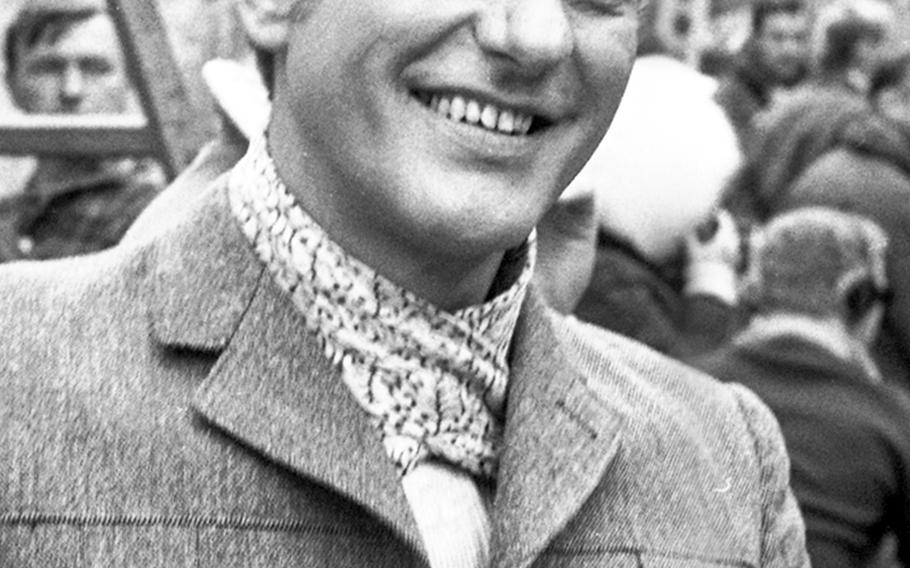 Scott Gates ©Stars and StripesRothenburg ob der Tauber, West Germany, October, 1967: Actor Dick Van Dyle relaxes between takes on the set of "Chitty Chitty Bang Bang," based on the children's novel by Ian Fleming. In addition to scenes shot in the medieval walled city, other parts of the movie were filmed at another famed Bavarian tourist attraction, Neuschwanstein Castle.