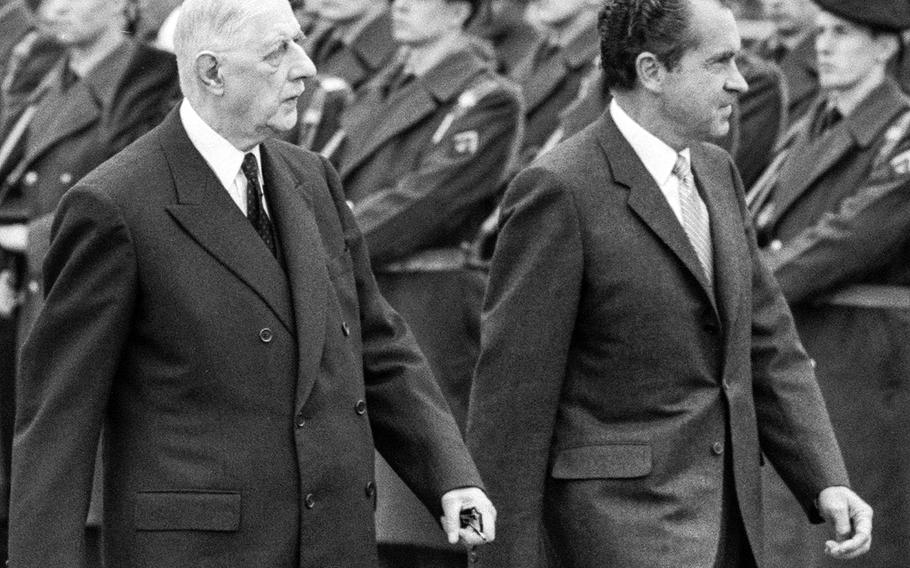 Jim Cole ©Stars and StripesParis, February, 1969: Presidents Charles de Gaulle of France and Richard Nixon of the U.S. review the troops at Orly Airport. Nixon's visit to Paris came near the end of a European trip that had already featured stops in Belgium, Germany, England and Italy; he went on to meet with Pope Paul VI at the Vatican before returning home.