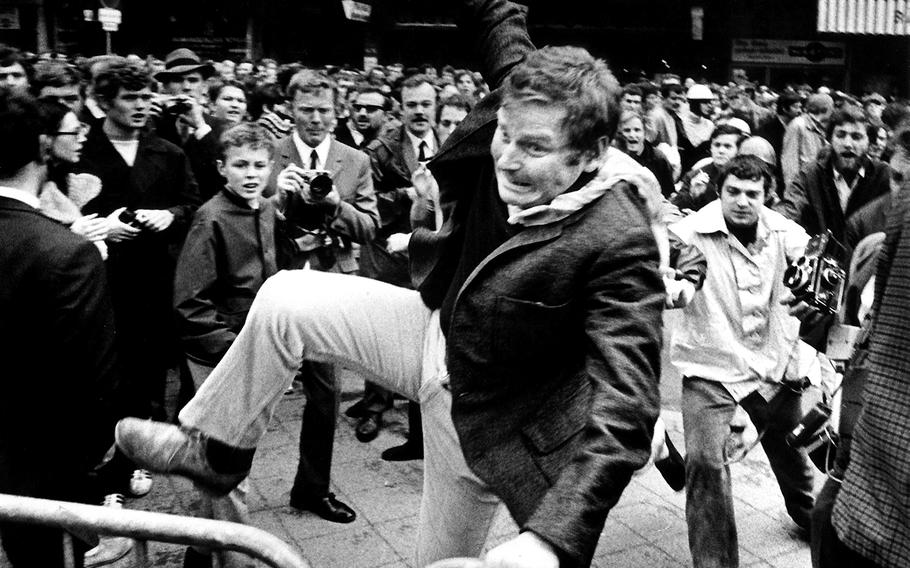 Gus Schuettler ©Stars and StripesFrankfurt, Germany, September, 1968: Daniel Cohn-Bendit, a leader of the student protesters during the Paris riots four months earlier, vaults a police barrier outside Paul's Church during a demonstration against the awarding of a book publisher's peace prize to Senegalese President Leopold Senghor. He was arrested shortly afterward. Cohn-Bendit, nicknamed "Danny the Red" during the 1960s, went on to serve in the European Parliament.