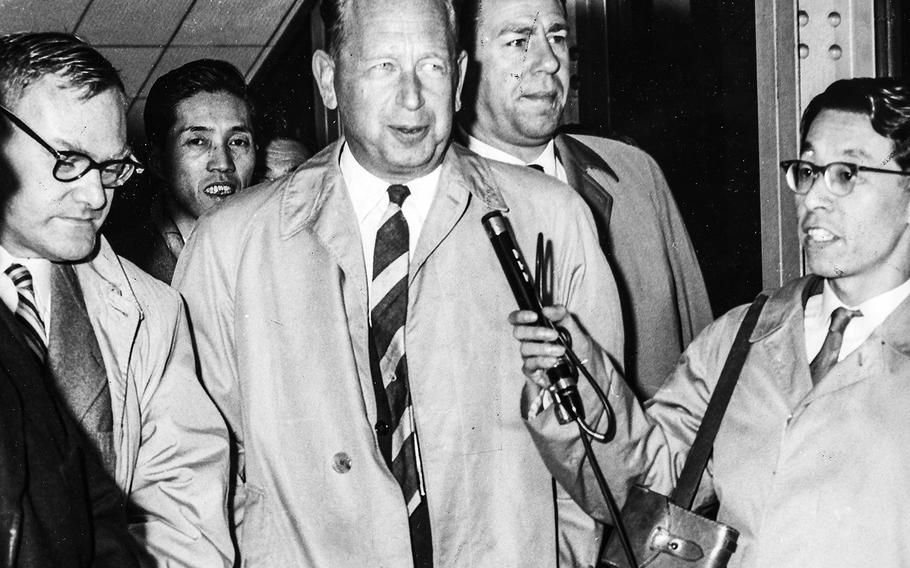 ©Stars and StripesTokyo, November, 1959: United Nations Secretary-General Dag Hammarskjold makes his way through a crowd of reporters at Tokyo International Airport. Hammarskjold, on his way back to New York, declined to comment on the success of his just-completed visit to Laos, but he did say that the situation in the troubled nation was quiet. Haammarskjold's death in a plane crash while he was on a peace mission in the new and chaotic Republic of the Congo in 1961 is an enduring mystery, with many questions about whether it was really an accident and, if not, who was responsible.

RELATED MATERIAL: A 2020 story about the Hammarskjold mystery.