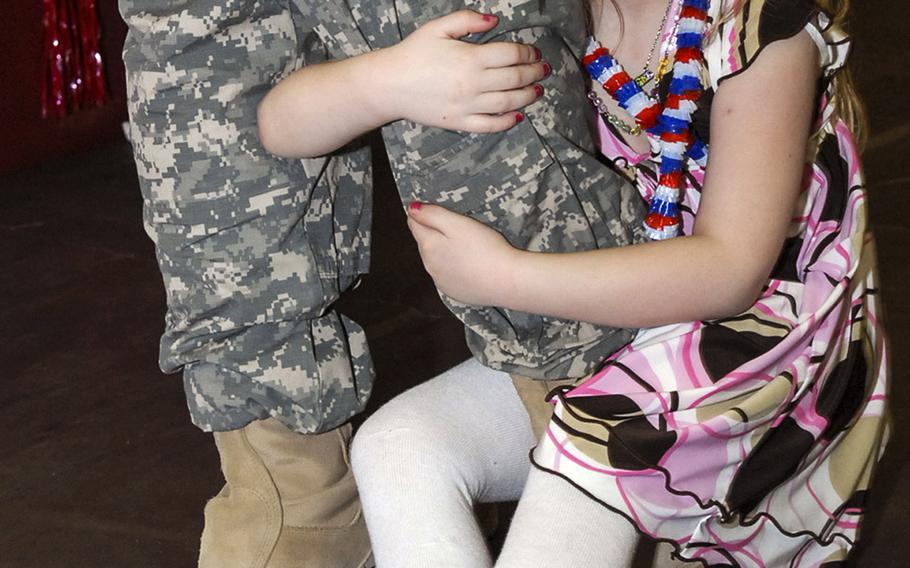 Michael Abrams ©Stars and StripesDarmstadt, Germany, January, 2008: Skylar Benjamin, 5, hugs her dad's leg as he returns from Iraq. Sgt. Chris Benjamin and his fellow soldiers of 3rd Platoon, 127th Military Police Company were marking the final homecoming for the garrison, which was scheduled to close at the end of the summer.