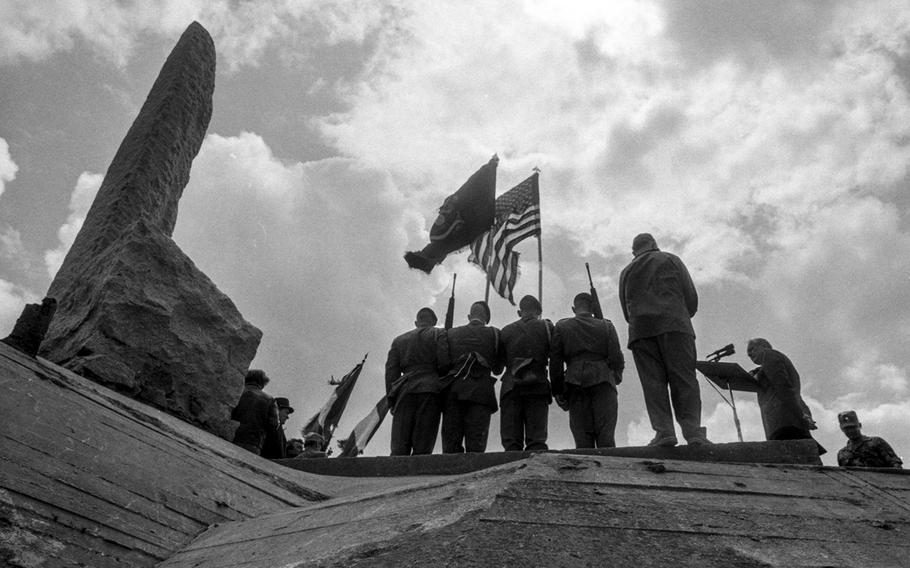 Red Grandy ©Stars and StripesPointe du Hoc, Normandy, June, 1984: Participants in a ceremony marking the 40th anniversary of the D-Day invasion of France gather at the Ranger Monument, which honors members of the 2nd Ranger Battalion who scaled a 100-foot cliff to take out German artillery positions.