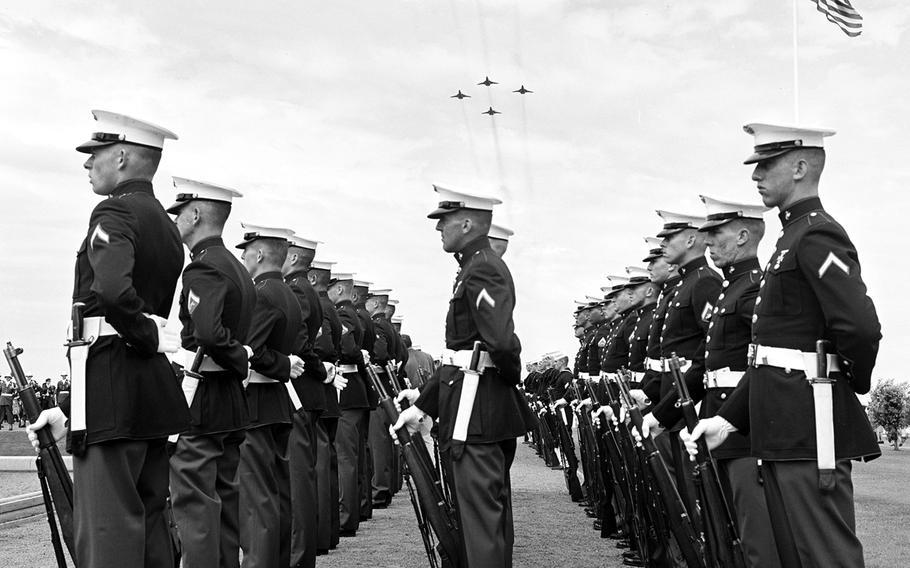 Ted Rohde ©Stars and StripesSt. Laurent-sur-Mer, France, June, 1964: Jets fly over the American cemetery overlooking Omaha Beach during a ceremony marking the 20th anniversary of the D-Day invasion of Normandy that gave Allied forces a foothold on the European continent.