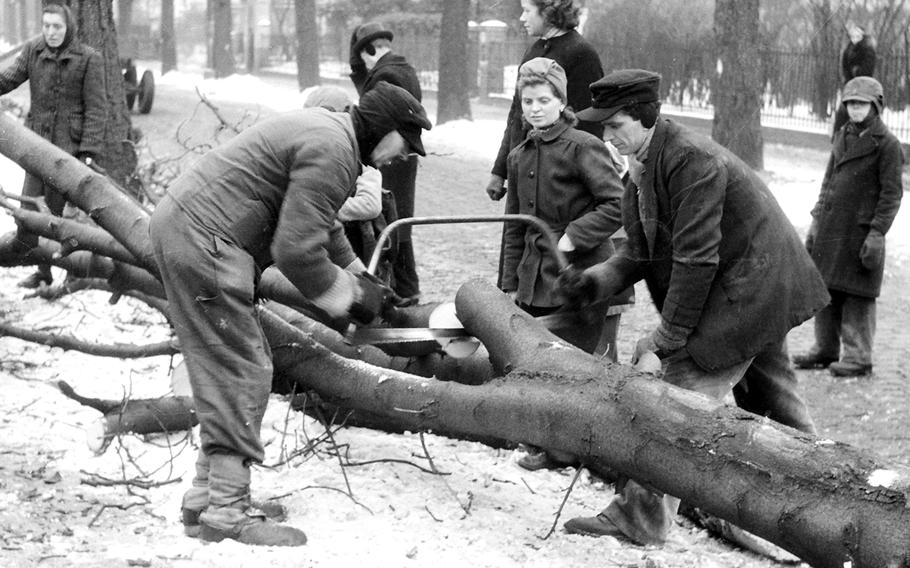 ©Stars and StripesBerlin, February, 1947: A tree that survived the bombs and artillery shells of World War II's last days in Berlin two years earlier ultimately falls victim to the need for firewood as Europe struggles through its coldest winter in many years. Six more people in Berlin reportedly succumbed to the elements the previous day, bringing the city's winter death toll from the combination of freezing and malnutrition to 170. Officials reported that 15,615 people, most of them elderly, required special assistance.

RELATED MATERIAL: Stars and Stripes' February, 1947 story about the cold wave in Europe.