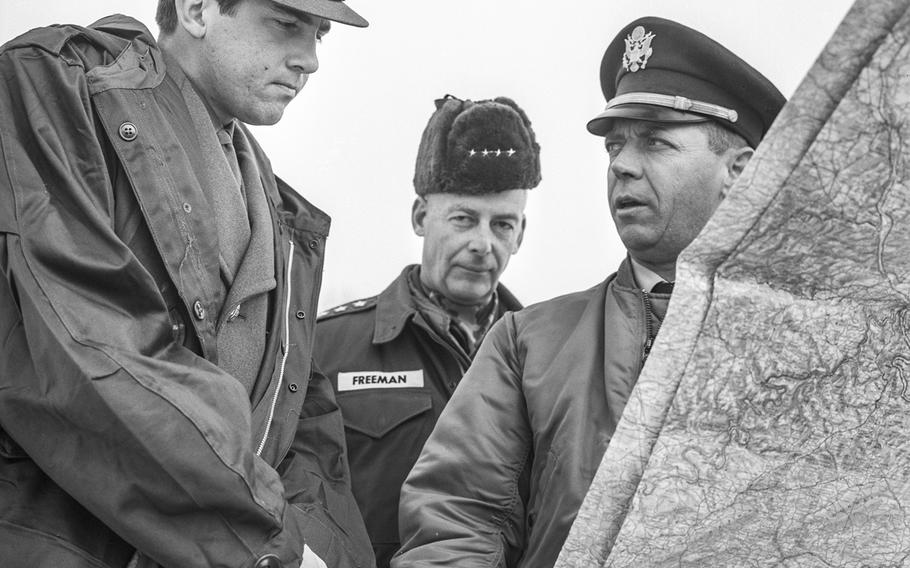 Norm Zeisloft ©Stars and StripesHeidelberg, West Germany, January, 1963: Crown Prince Constantine, left, heir to the throne of Greece, discusses the flight plan for an upcoming helicopter trip to Kirch-Goens with co-pilot Capt. James E. Claunch during a visit to Central Army Group headquarters near Heidelberg. At center is Gen. Paul L. Freeman Jr., Central Army Group commander and USAREUR commander-in-chief. Constantine, who would become king the following year, was on a tour of NATO bases in Europe.