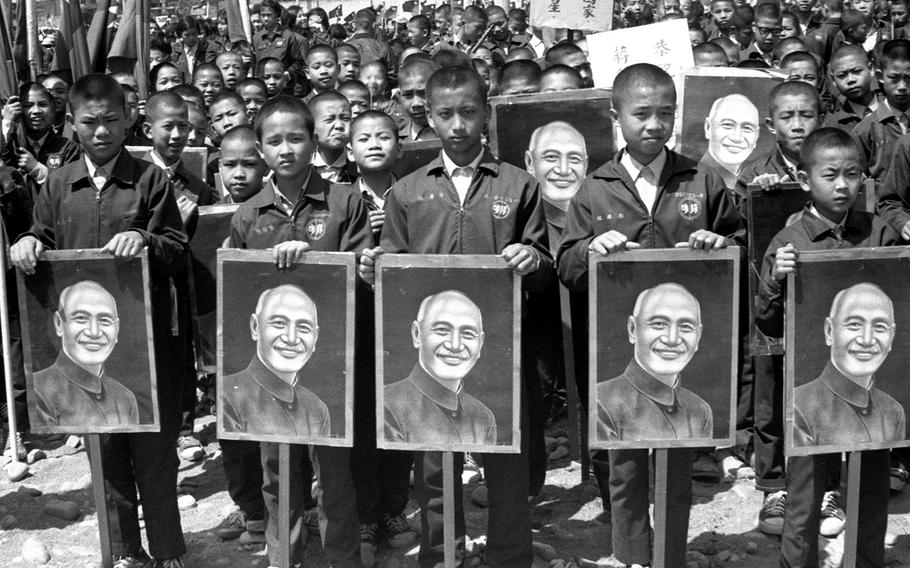 Andrew Headland Jr. ©Stars and StripesShi Lin, Taiwan, March, 1972: Schoolchildren gather on a street near the home of Chiang Kai-shek in the suburbs of Taipei to offer the generalissimo their congratulations on his election to a fifth six-year term as president of Nationalist China. Similar rallies were held in other cities and towns throughout the island.