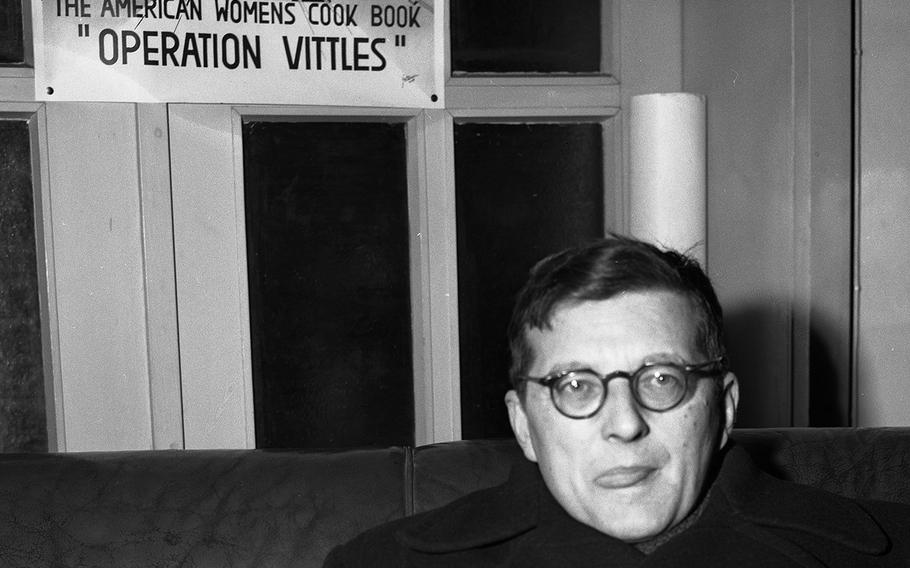 Harold Briggs ©Stars and StripesFrankfurt, Germany, March, 1949: Already on the outs with Joseph Stalin, Dmitri Shostakovich probably would've sunk deeper into the fiery-tempered Soviet leader's doghouse if this photo had found its way back to the Kremlin. The noted composer is standing beneath a poster promoting a cookbook compiled by American women in Berlin during "Operation Vittles," the U.S.-led effort to send supplies to the city in spite of the Soviet blockade. Shostakovich and six other writers, artists and scientists stopped at Rhein-Main on their way to a world peace conference in New York City.