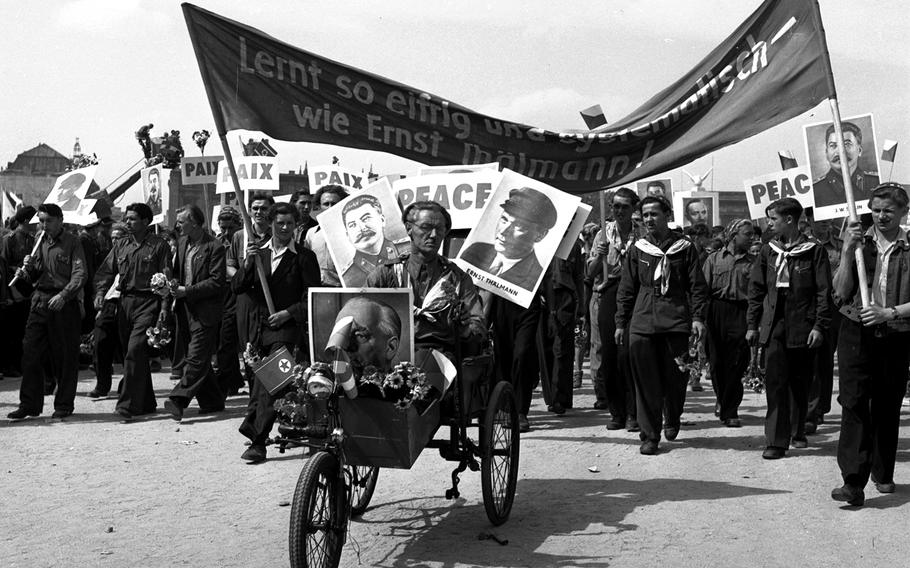 Nancy Graham ©Stars and StripesBerlin, August, 1951: A cyclist carrying photos of Joseph Stalin and other Eastern Bloc heroes of the time leads a group of young Communists during a parade through Berlin's Soviet sector. Thousands took part in the march, which was part of a "World Youth Festival." But many festival participants also took the opportunity to visit West Berlin for a look at how the other half lived, and a Stars and Stripes story two days earlier noted that 1,073 of them had sought political asylum in the West.