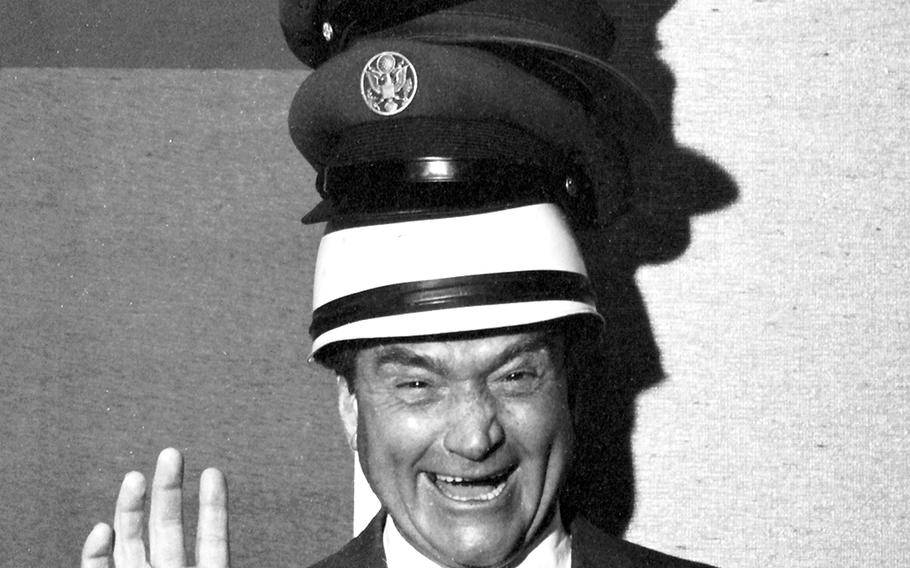 Max Winters ©Stars and StripesTokyo, July, 1963: Although his allegiance might have been with the Army, in which he served during World War II, comedian Red Skelton is careful not to slight Stars and Stripes readers from other branches of the military while mugging for the camera during an interview. Skelton was in Japan scouting out locations for his next movie.