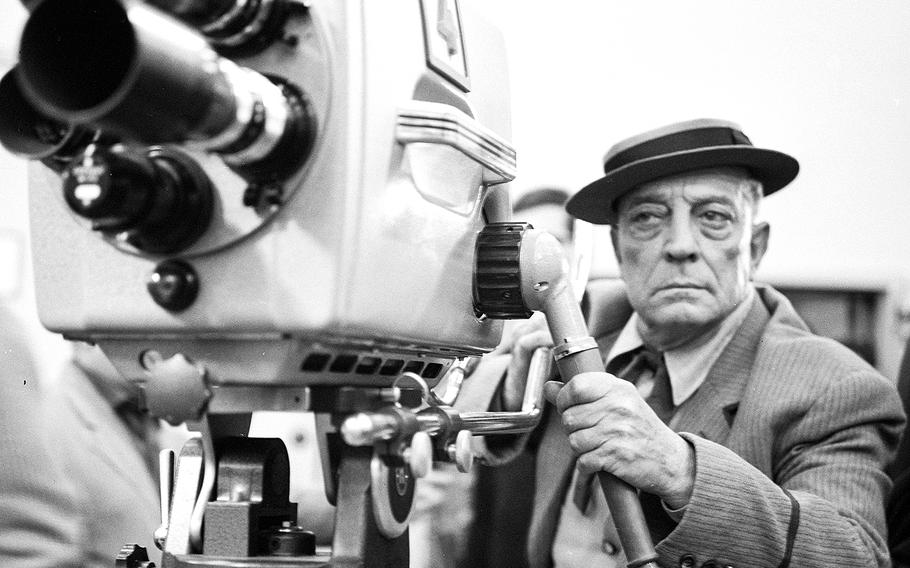 Norm Zeisloft ©Stars and StripesFrankfurt, Germany, February, 1962: Comedian Buster Keaton, whose career started with vaudeville, prospered in silent films during the 1920s and was revived during the age of talking pictures, mans one of the tools of the trade in which he was employed in the 1960s. Keaton was touring Germany in a 100-year-old locomotive to promote a revival of his silent films.