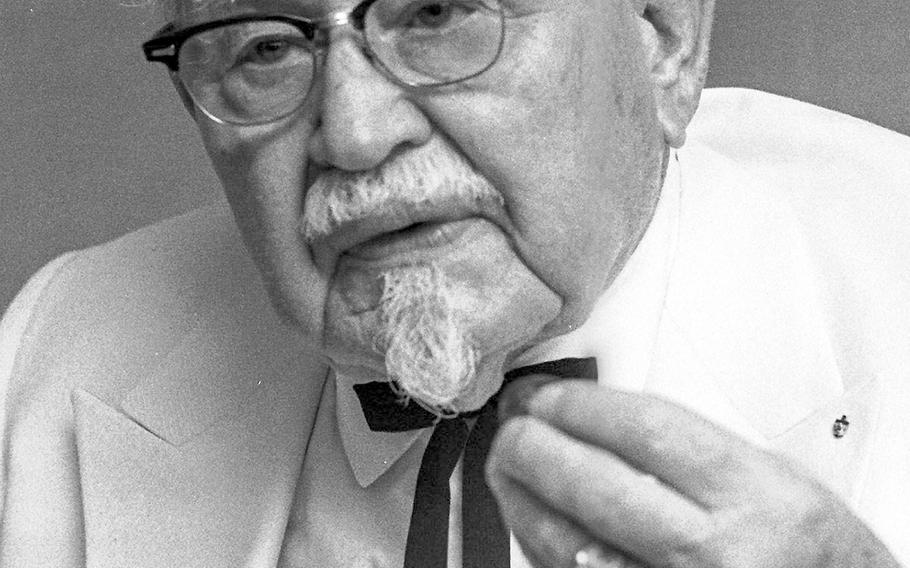 Masehiko Nakamura ©Stars and StripesTokyo, Japan, October, 1972: Harlan Sanders, founder of the Kentucky Fried Chicken restaurant chain, makes a point during an interview with Stars and Stripes at the Tokyo Hilton. Sanders, whose famous title of colonel was an honorary one bestowed on him by the governor of Kentucky, is tied to an alleged Japanese sports curse that started when fans of the Hanshin Tigers baseball team, celebrating a 1985 Japan Series championship, stole a statue of Sanders from outside a KFC restaurant in Osaka and threw it in the river. Presto: A curse. Even though the statue was finally found by divers in 2009, the series championship continues to elude the Tigers.