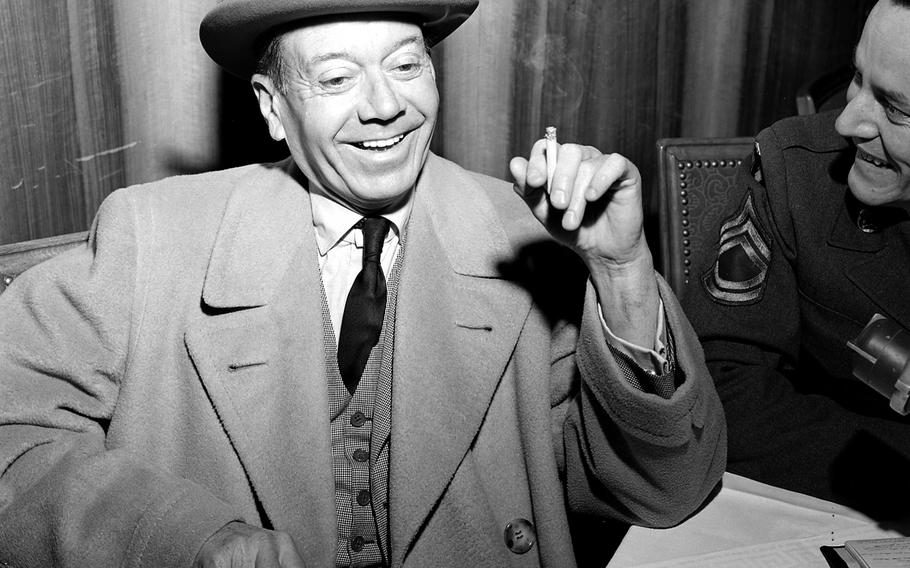 Leigh Wiener ©Stars and StripesFrankfurt, Germany, March, 1954: Composer and songwriter Cole Porter, famous for such songs as "Anything Goes," "Don't Fence Me In," "Night and Day," and "I've Got You Under My Skin," relaxes during a stopover at Rhein-Main Airport on a trip from Switzerland to Hollywood. Porter, 60, was asked by a Stars and Stripes reporter which song he liked best among the many he had written. "The last one," he said. "Always the last one." He admitted that his favorite song was Irving Berlin's "A Pretty Girl is Like a Melody."